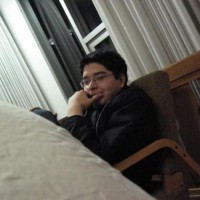 There have been many great players to take the baseball diamond over the years. Many of them have gotten the...

As the Oklahoma City Thunder appear to be on death’s doorstep as the squad is one loss away from losing...

The marquee moment of NBA All Star Weekend is the Slam Dunk Contest. Over the years, legends such as Julius...

What If… Tom Brady Were Drafted By The San Diego Chargers?

It’s not often that NFL fans remember a sixth round draft pick, but that’s what Patriots quarterback Tom Brady ended...

For the legion of Tim Tebow maniacs/supporters out there, this is probably not the post for you. In this trip into Tim Tebow haterdom, we will take an honest look into the top five reasons why people would possibly hate Denver Broncos quarterback and all-world human being, Tim Tebow. Some of the reasons might be obvious, some might be petty, and some might challenge the basis of reality. So, sit back and relax and enjoy the top five reasons why people hate Tim Tebow.

The 1994 Montreal Expos are one of the greatest “What If” questions for many baseball fans. The team with the best record in all of baseball was denied a playoff appearance due to the player’s strike, which cancelled the 1994 World Series. In this week's "What If" series, we’ll lay out the evidence and leave you to decide for yourself what might have been. Check out our hypothetical opinion and then leave your own feelings in the comment section after the jump.

8 NBA Teams That Benefit Most From The Lockout

Now that the NBA's Nazi Commissioner David Stern has officially cancelled the first two weeks of the NBA season, all we can do now is pray that a season actually starts. The L and the players did just have 16 hour talks yesterday, so it's nice to know that they're at least making it seem like they give a f*ck. I'd be happy with a shorter season anyway because it's the playoffs that really matter. Even if the season doesn't happen, at least we have NBA 2k12 to fill the void. I'm sure that a few NBA teams are actually happy about the lockout - there are a bunch that actually benefit from a shorter regular season. Check out who those teams are after the jump.

As the NBA lockout enters it’s third month, many NBA fans such as myself are coming to the realization that the whole season might be cancelled. In my opinion, the best post-season in any sport is the NBA Playoffs (I can hear the haters typing now). Without a real regular season, however, the playoffs won't mean as much. It also means that NBA fans won't have nearly as much to do during the cold, winter months. Don't worry though, I'm here for you. Below are five things you should be doing while your favorite athletes play competitively in Europe.