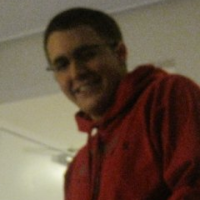 5 of the Weirdest, WTF Hobbies for National Hobby Month

January is National Hobby Month. Baking, knitting, stamp collecting and other boring activities may come to mind when you think...

The Women of Elvis Presley

Several beautiful women, many of whom were famous, were linked to Presley throughout his career and some of them claimed that Elvis was a beast in bed and was constantly laying it down. But these accounts seem to be in the minority considering most reports of Elvis’ sex life are less than flattering. Many of the bizarre statements made by his former “partners” and associates include that he was afraid of penetration, he had a foot fetish, he was a voyeur, he was bi-sexual, and even that he was a pedophile. And yes, there's more.

November 10th is USMC Day. On that date in 1775 the Continental Marines of the American Revolutionary War was formed by Captain Samuel Nicholas by a resolution of the Second Continental Congress. They were disbanded then resurrected right before the Quasi-War with France. There's no question Marines are bad-ass, but of this group, there are hundreds who have been held above the rest for receiving the Medal of Honor. They don’t just hand that thing out to anyone. These guys have done some pretty unbelievable things to earn this honor. To celebrate the USMC's "birthday", we've gathered 6 of the most bad-ass stories from Medal of Honor winners along with pics of hot chicks in Marine uniforms. Check it out after the jump.

Thanks to the wonders of technology, weapons systems have advanced to the stage where there no longer need to be any moving parts. Furthermore, weapons that the general public knows as "futuristic" are considered yesterday's news to the shadowy, corporate weapons developers. Our ignorance doesn't take away from the fact that what these companies have released to the public is completely mind-blowing. It really makes you wonder what kinds of killer merchandise they have in the works right now. All we can show you are five of the most high-tech weapons you wouldn't believe existed but do -- they're after the jump!

The 6 Scariest Colleges in America

Everywhere large groups of college kids go; even larger amounts of bullsh*t are sure to follow. But it’s getting to be the time of year again where it becomes harder to brush off those ghost stories as BS. If it seems so unlikely, why don’t you go check it out…by yourself…at night? If this seems out of the question, why not just check out The 6 Scariest Colleges in America in our killer slideshow below... but beware, the last person to use our slideshow had their eyeballs explode and now haunts our office. And she's got this super annoying moan. Check our list after the jump.