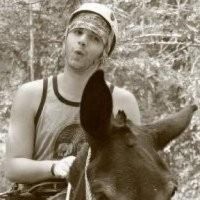 He wanted you to show him the blueprints. He asked if you could spare some timber. And he's absolutely mindf**ked you the bejesus out of you with his past two theatrical releases. In short, Leo does what he wants when he wants, no questions asked. He's one of the most versatile actors in cinema and quite possibly the best actor of his generation.

The Most Ridiculous Movie Plots Ever

Unstoppable came out this past weekend and earned around $23 million at the box office, placing it second behind Megamind. The plot centers on a rail company frantically working to prevent an unmanned, half-mile-long freight train carrying combustible liquids and poisonous gas from wiping out a city. Sounds ridiculous, right? Well, don't judge a movie by its trailer; it's been receiving favorable reviews. However, after seeing the trailer we felt compelled to touch upon some especially terrible movie plots.