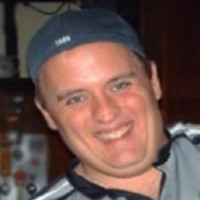 For those of you that have never seen one of the funniest shows on cable, Blue Mountain State is a show about a fictional college football team that airs on Spike Wednesdays at 11PM (eastern time). Anyone that has played football will tell you that the show might be based on a fictional team the subject matter is anything but fiction.

Back in the 1960s, 70s, and 80s the field might as well have been lined with cocaine rather than chalk with the number of players that were in to the nose candy back then. During the 90s and the 2000s its been steroids. Yet, there is another drug that has been a player favorite for years. I’m talking about marijuana folks. Players liked it so much that they even made sure it was not included in the list of drugs they would be tested for back in 2002. Find out which of your favorite players are also huge stoners.

Football teams around the nation will soon be hitting the practice field as they prepare to battle on the gridiron once again. As fans of these teams we have a solemn duty which we must uphold. We must cheer for our team, regardless of who they play or how bad they stink. We must brag about them as if they really are the best team in the nation. We must make sure that any and every one we come into contact with is aware that our team rocks and theirs sucks. Most importantly, we must tailgate.

For men, grilling is not just cooking. It is an art form. Doing it is like creating a masterpiece of culinary delight. Treat it lightly and your reputation as a man will be forever tarnished. Grilling is not simply throwing down slabs of meat, flipping them once, and then taking them off the grill.

There are some places that every person dreams of flying to once they figure out how to pay for the plane ticket. Fly to Amsterdam for "brownies" and you will spend at least a good ten hours crammed into a tiny seat; Germany for beers and babes, at least 14 hours. So while the eventual destination will totally rock once you get there...

How Not to be the Obnoxious Guy on the Plane

Our world is simply not as nice and polite as it used to be. With all the technological advancements making...

7 Most Annoying Fan Habits (Besides the Vuvuzela)

Fans are fans. They pay their money to go to the game and can do whatever they want to support their team from cheering their team on, to booing the opponents, to blowing a three-foot horn that deafens everyone else. If there was at least some sort of pleasing musical property to the Vuvuzela, I am sure it would not be so bad. Sadly there are many other fan habits that are just as annoying and unlikely to go away.

How to Fit in While Traveling Abroad

How many movies have you watched where there were Japanese tourists with a thousand cameras visiting wherever the movie was set? Ever run into that couple from a small midwestern town that could not have been more out of place in the big city? Have you ever walked into a bar in another country and realized that everyone knew you were an American (and hated you) just by looking at you? Stop sticking out like a sore thumb (and getting local scammers all excited) when you're traveling abroad by keeping the following in mind.

5 Things you Didn’t Know About the World Cup

The whole world loves a good soccer match. Whether you are a fan of the game who appreciates the constant back-and-forth action or someone who enjoys the wacky antics of the crazy fans, there are few people in the world who could resist getting caught up in the excitement. With the FIFA World Cup coming up, the soccer world is ramping up for one of the most anticipated athletic competitions in the world. While many of you are likely sports fans, I would be willing to bet there are a few things that many of you do not know…

5 Rules to Choosing Your Underwear

Your drawers are not all about comfort anymore; that ended as soon as those fuzzy things started to grow. Underwear can say a lot about who you are and possibly the wrong thing if you’re not careful. We've reached out to our lady friends (yes they do exist) and asked them what they're looking for when you're stripping down. After extensive questioning and a few rounds of show-and-tell, here are the answers we got back.

Whatever the reason or scenario leading up to your vacation, there is one thing for sure. You do not want to waste any time at all. Sadly, there is a beast that tends to nag almost everyone’s vacation. I’m talking about the buzz kill of all buzz kills. Worry not faithful traveler! We have tested and devised a few methods that will help you beat the vacation stealer known as jet lag!

Only the strong survive. That which does not kill you only makes you stronger. I am Hans; I am Franz;...

How to Handle Vacation Disasters

The trouble with traveling to foreign countries is that they're, well, foreign. For some strange reason they do not tend to cater to our American needs as much as we would like. Their legal system is a little different (which can be good and bad). If you’re looking to travel abroad, you need to be prepared for the worst. The research team here at COED sacrificed a few interns in order to figure out how to protect you when outside of the U.S. of A.

5 Reasons Why Every Guy Should Play Rugby

Everyone's heard of rugby, yet no one really knows anything about it. Rugby is a sport about intensity, determination, and drive. Every guy playing is tired and hurting five minutes into the game and regardless of whether or not you think you have that sort of fight inside you the fact remains that every guy should play rugby. Sound crazy? Read on and you’ll find out why!

How to Throw an Awesome BBQ

The snow has melted, the temperatures are rising, and bikinis are starting to pop up everywhere (thank God). All that can only mean one thing -- the season of the BBQ has begun!

As men we are hardwired to do some things, one of them is being able to cook dead animals over an open fire.
Next Page